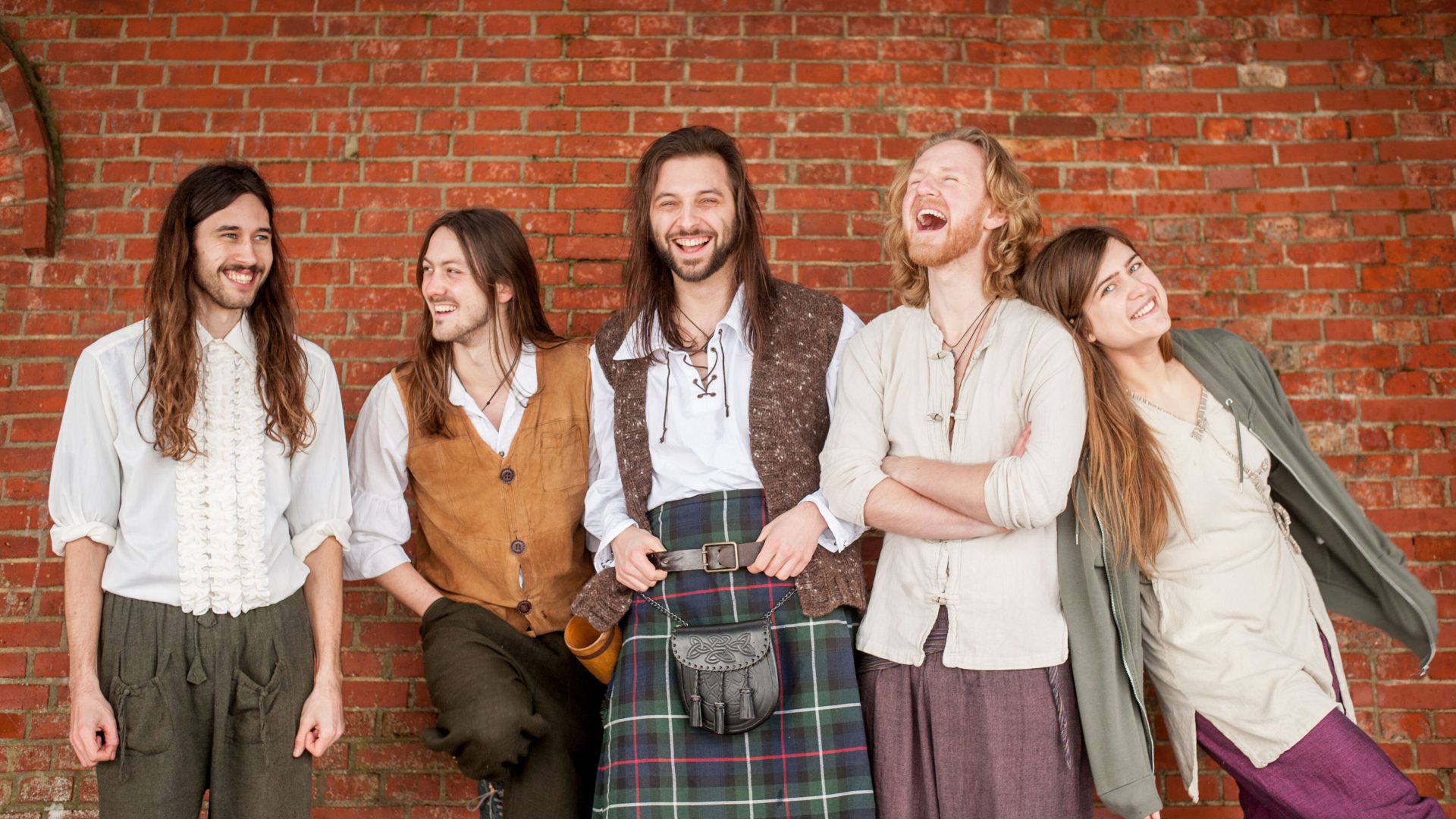 We’re happy to announce the tracklist of our new EP, recorded at E-Sound studios (Weesp) with Thomas Cochrane, aka the bearded Wizard.

The EP bears the interesting title: “A’LOTSLE” (or any spelling similarly wrong). The idea was to make an EP with a name that was harder to remember than our band name, Pyrolysis. We believe to have succeeded. Besides, over the years, “A’LOTSLE” has started to mean something like “a boatload of freedom”.

The EP consists of 6 songs, mostly re-recorded old songs that so far only existed in electrical (punk rock) form, but we play regularly on stage. We also wrote two totally crazy new songs!

Pyrolysis is a young, energetic acoustic folk band. While their self-written songs are often a nudge to Celtic folk music, the influences of punk, gypsy and pirate music are also evident. Five young musicians full of enthusiasm, armed with bouzouki, accordeon, bodhrán, violin and bass, play a rock-solid, energetic, yet intimate and cozy performance that takes their audience to a place where they can forget their sorrows. Cheers!

Pyrolysis was founded in 2012 as a metal band, and has walked past folk punk to eventually settle down at acoustic folk. With this, the band shows that energy is not just in volume; while the electric guitar has been traded for bouzouki and the drum kit for bodhrán, their songs are as energetic as ever before, and at least as danceable.

Since being founded, Pyrolysis has released four records: Remedy for the Night (2013), On Mountains High I Stand (2015), Edges of the Day (2017), and Daylight is Fading (2019) . The transition between different musical styles and the growth of the individual musicians is evident between records. By arranging and performing for Echoes (2018) for the artist Elvya and the EP Islands (2016) for singer-song writer Lisette Lowe, they show that adjusting to the musical style of other musicians is well within their capabilities.

Pyrolysis has been known in the Dutch fantasy folk scene for several years, and has played at several large festivals, such as Castlefest, Elfia, Medieval Winschoten, and has been nominated for multiple coveted awards within the scene (Best Live Act NL/BE – 2016, Best Album – 2017 with Edges of the Day, Best Music Video – 2019 with ‘Never Fade’). They are now slowly but steadily spreading out to other parts of Europe, appearing ever more on festivals in Germany and the United Kingdom. In 2020 they embark on their first European tour, visiting Germany, Belgium, Slovenia, Italy and the United Kingdom.

Listen to our album